Are Aluminum Wires Cause for Concern? 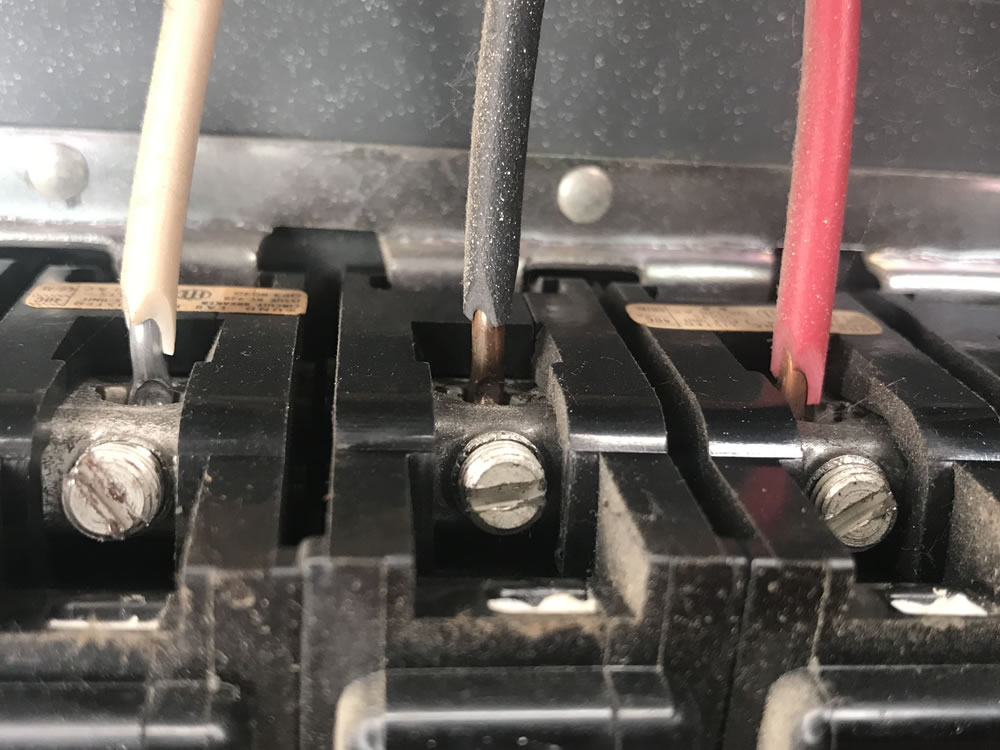 Keeping a safe home is the first priority for nearly every homeowner, but sometimes the aluminum wiring in your walls can become a hazard without you knowing it. The problem comes from the outdated standards houses used to be built to, which have since been updated to make homes safer for the families who live in them. If your house was built anytime from the middle of the 1960s to the early '70s, it could have wiring in the walls that wouldn't be installed today. Getting old aluminum wiring removed and replaced with safer, up-to-date copper Romex wires can help protect your home from hazards and keep you safe.

How Many Homes Have Aluminum Wiring?

It's hard to know just how many homes in the United States have aluminum wiring in their walls. Some estimates put the figure close to 2 million residential properties, along with many more commercial buildings here and there. In some suburban neighborhoods, especially those built between 1965 and 1973 by a single contractor or development company, the rate can approach 100 percent.

The issues with aluminum wiring began in the early 1960s, when commodity prices for copper and other rare earths rose high enough to make the traditional copper wiring too expensive to use on a consistent basis. During that period, aluminum wiring was often installed as a cost-saving measure that was considered good enough to do the job for significantly lower costs than the safer mainstream option. The practice of installing aluminum wires gradually came to an end after commodity prices fell again, and especially after numerous structure fires forced a change in new home construction. Many older homes continued as they had been, however, without any significant renovations to fix the problem in the walls.

What Are the Risks of Aluminum Wiring in a Home?

At the time aluminum wiring was in use across the country, it was felt to be a good substitute for copper. It was lightweight and easy to transport in bulk, it had many of the same conductive properties of copper and it was cheap, relative to the skyrocketing cost of copper wire. It wasn't until years after the first installations that serious problems began for many homeowners, and even then it took some detective work to figure out what the problems were. Aluminum wiring creates four safety hazards for homeowners who have it in their walls: Corrosion; Expansion; Metal Fatigue and Vibration.

As electricity flows over wires, the negative ions can charge up the metal and cause it to bond with oxygen in the air much faster than it would without the current flowing through it. As the metal corrodes it gets less efficient at carrying an electric charge. The electricity flowing over these damaged wires can turn into heat, and in places where the wire is frayed or broken it can arc through the air. Both of these conditions are serious fire hazards, and both can happen at multiple places in a home's electrical system, sealed behind walls where they can't be seen.

For very ductile and conductive metals like copper, the normal amount of corrosion is usually not a problem, provided the wires stay dry and the insulation remains intact. Aluminum, on the other hand, corrodes very quickly, forming an aluminum oxide layer over the core of the wires that can expand and split the insulation. This exposes the metal to air and moisture, which accelerates the process, splitting the insulation even more on a timescale of several years.

All wires vibrate somewhat as current flows through them. Copper handles this well, since its properties let it expand and contract without much change in its shape. Aluminum tends to be more brittle than copper, so vibration is much more likely to cause splits and permanent stretching of the material. Think of a wire coat hanger being bent back and forth several times; it heats up and eventually snaps. Aluminum wiring does a version of this as cracks open up along the length of the wires and gradually widen into breaks where current can arc through the air.

Another drawback of having aluminum wires in the walls of your house is that potential buyers may make rewiring a condition of the sale. This is less of a safety concern than the other faults of aluminum wiring, but the known hazards of aluminum could become an issue if a buyer asks for a significant reduction in a home's price to cover the rewire work they intend to have done. Home inspectors are also expected to report the presence of aluminum wiring if they find it during their inspection.

Is It Time to Rewire Your Home?

Have Your Outlets Stopped Working? Not every home with aluminum wiring is dangerous, but the increased hazard of having this metal carrying current motivates many homeowners to at least have their systems checked on a more frequent schedule than copper. Most homes that have aluminum wiring are marked "CO/ALR" on the terminals, which stands for "copper/aluminum revised." If these markings appear anywhere on your electrical equipment, it's likely you have old aluminum wiring in your home. Given that aluminum hasn't been extensively used in the United States since the 1970s, just about any structure with these old wires is due for a refit. Beware of Aluminum to Copper splices that are made incorrectly.

As a rule, replacement of old aluminum wiring is a good idea for many homeowners, who can at least enjoy some peace of mind when a new system is in place and running safe. A typical rewire appointment starts with an inspection, followed by advice from your Electrical Contractor in Greenville, SC about what you have in the walls and the risk it poses to your home. The wires can then be removed fairly quickly and replaced with superior modern alternatives. Which type of Electrician should I hire?

The Alternative to Aluminum Wiring

Ironically, the most common replacement for aluminum wiring is the same material aluminum was supposed to replace itself – copper. Copper's properties make it almost an ideal conductor of electricity, and the relative efficiency of the current keeps heat transfer and corrosion to a tolerable minimum. New copper wiring has the potential to not only remove and replace an old hazard in your home, it can stay in place and safely do its work for many decades without trouble.

Read more: 5 Tips for Hiring an Electrician in Greenville - Encourge a Kid to concider the Electrical Trade Why Install the Tesla Wall Connector?

Upgrade Your Light Switch to a Dimmer

Which Outlet or Receptacles Do You Need?

Electrical Maintenance for this Fall

When to Replace your Smoke Detectors